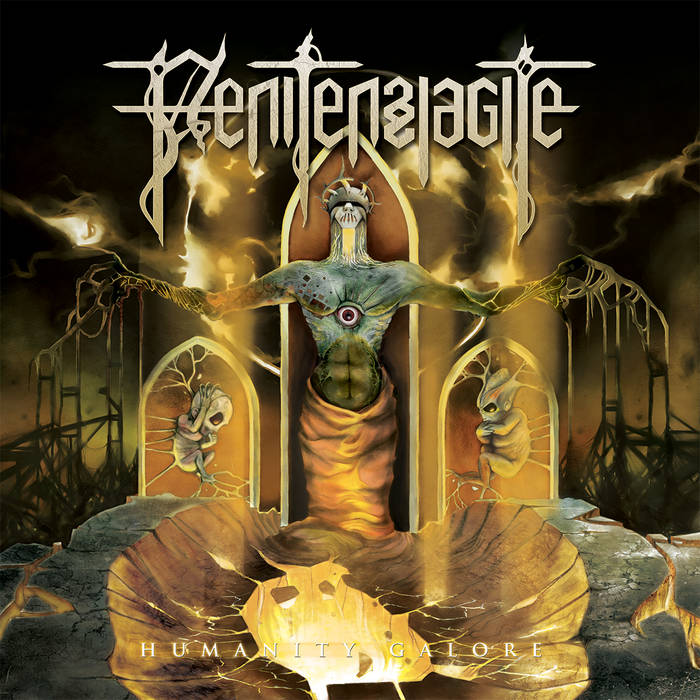 Humanity Galore brings out the message of delusion humanity reached, expressed with brutal vocals, angry rhythms and fast and diverse riffs that help create the atmosphere of destructive state humanity was pushed in.

The album was recorded at Negligence studio, produced by Ruža And Jey, mixed and mastered by Ruža.
Logo, cover concept and painting by Janez Zega. Cover post-production by Lexandrine Martinoux. Design by Valter Cijan. Band photos by Max Petač.
All music was written and recorded by Penitenziagite, lyrics by Matej Ovsenek.
Released at On Parole Productions www.on-parole.com

Bandcamp Daily  your guide to the world of Bandcamp